I saw this and decided that I would love to do it. 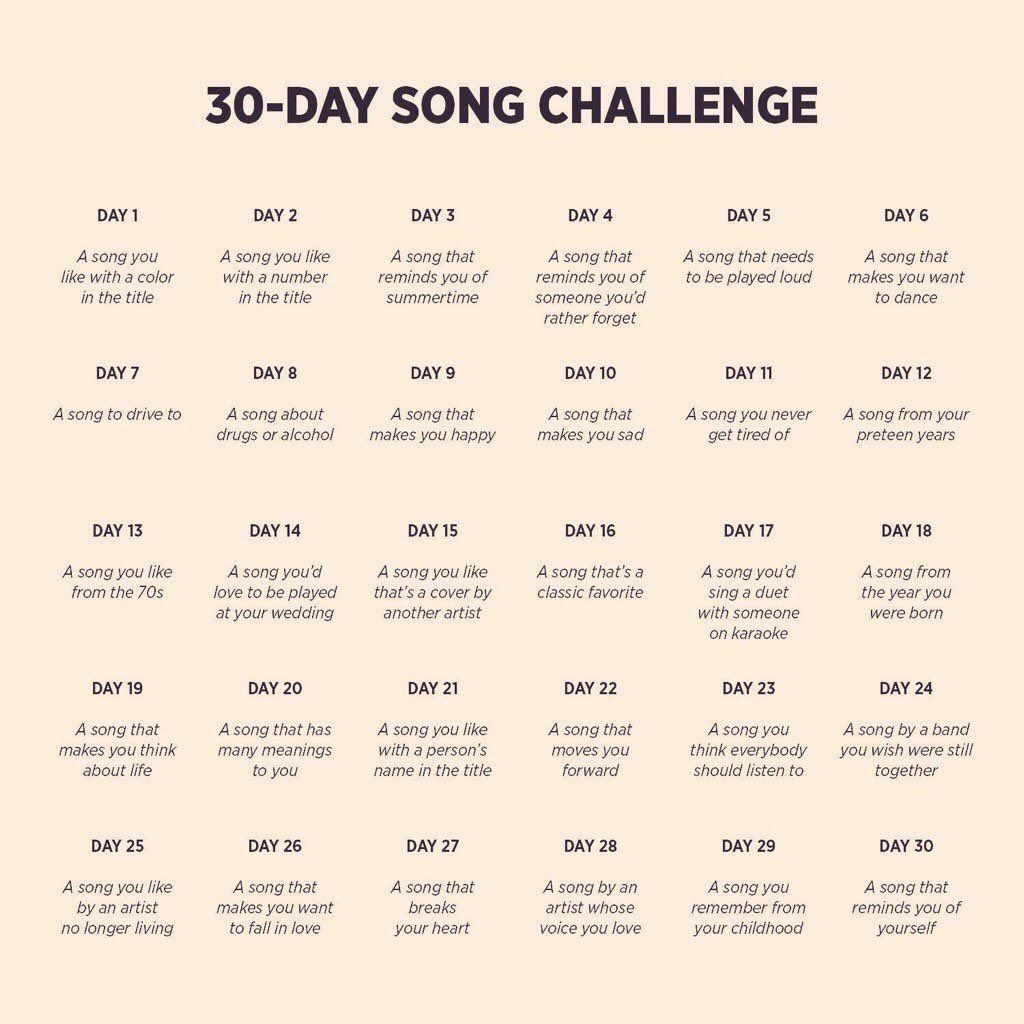 Now, according to the rules, this is to be completed at the start of any month and do a post listing one song per day in response to each day’s topic. I know I’m late, but I’ve been feeling poetic and musical lately, so, I have decided to do it. BUT, who has the time to sit down each day to do a musical post? I certainly don’t – I come from a family of 10 people (including the parents) and we all like to use the computer (we only have one), so I won’t have time. Plus, I have other responsibilities (which I really should get around too…jk 😉 ). So, I have decided to do this once a week with two songs in one post (for convenience). The day during the week that I do this will be on Wednesday (my time).

So, Day One: A song you like with a colour in the title.

I can’t think of any songs that I like that have a colour in the title, but I found this one – Pink Fields. I’ve never actually listened to it.

Day two: A song you like with a number in the title.

Seriously, who comes up with this? (That was in good humour, guys 🙂 ). The song I pick is ’39 by Queen. Never listened to this one, either.